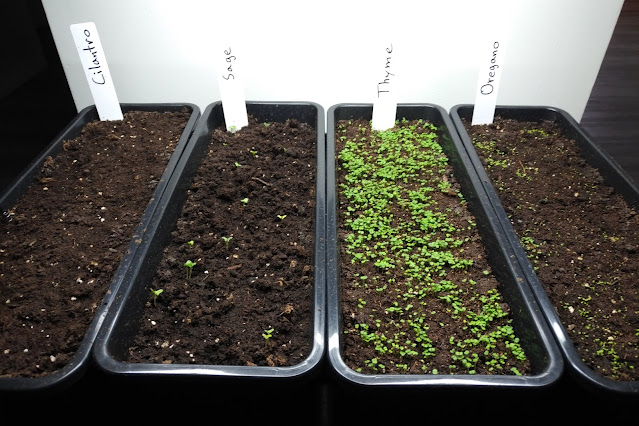 It's time for thyme (and oregano and sage). The thyme has sprung up nicely, also much faster than 21 days. Starting to think that maybe the word "germination"means something other than what I think it does.

The oregano has also sprouted, though it is much sparser at this point, and additional sage plants are developing (which is good,as those were finiky last year - I don't think we even got as many as ar depicted here).

Popular posts from this blog The cilantro is very clearly growing to the light.
Read more

The Start of Cilantro 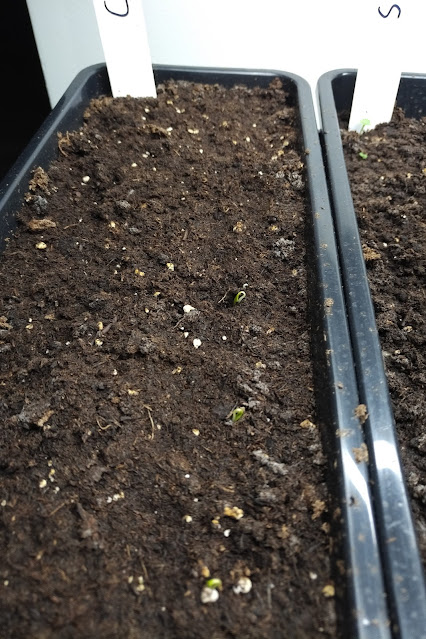 The cilantro has begun to emerge!
Read more